A decade ago, title insurance was not in general use in the Province of Ontario. Title insurance until that time was something that was used mainly in commercial transactions in which there was some American involvement.  Title insurance has been widely used in the United States for various reasons, primarily because of securitization of real estate investments, a poor title record system and no mandatory malpractice insurance by lawyers. In Ontario the traditional way of assuring title to property was reliance upon a lawyer’s title opinion.  Today however, title insurance has become common place and indeed the Law Society has mandated that lawyers discuss it with client sin all real estate transactions.

What is Title Insurance?

Title insurance may be defined as an agreement by an insurance company to indemnify a person with an interest in real estate up to the face amount of the policy in the event that a loss arises from one or more specified causes.

In other words, an insurance company insures certain risks of an owner or a mortgagee arising from claims by third parties that would otherwise result in damages or a loss suffered by the property owner or lender. Before describing what a title insurance policy does, let me first describe the traditional system of assuring good title.

If a problem later arises which causes a property owner grief relating to their title to the property or their ability to use the same in the manner in which they had expected, the owner would turn to their lawyer and say “it’s your problem, now fix it”. Unless the problem can be easily rectified, the owner and their (at this time former) lawyer will be in an adversarial position and the owner would have to sue or threaten to sue the lawyer and try to prove their lawyer was negligent. As all lawyers in Ontario have mandatory Errors and Omissions (E & O) insurance, the lawyer’s first step should be to contact its insurer. If the lawyer is proven negligent, the client is entitled to damages from their lawyer who would then look to its insurer.

However, not every claim by a property owner will be successful, as not every problem encountered is as a result of negligence. For example, certain problems with title are not ascertainable by any reasonable investigation by a lawyer. For instance, if the person purporting to be the vendor of a property acquired their title through fraud, any person that buys the property from the fraudster is liable to suffer a loss as the rightful owner could reclaim the property. In the most severe case, a property owner could stand to lose their entire purchase price through no fault of their lawyer. Another example is if the previous owner made changes to the property which were not in conformity with zoning by-laws and which are only discovered after closing.  Again a lawyer acting for a purchaser will probably not be held negligent.

On the other hand, the investigations which a competent lawyer would do prior to closing would uncover many of the usual legal problems with a property. One of the reasons why title to land in Ontario is generally reliable is that every time historically that a property was dealt with, title would be looked at anew and potential problems would be resolved.

So like most things in life, the reliance upon a lawyer’s title opinion has its good side and its bad side. Now, lets consider what title insurance provides as an alternative.

Under a title insurance policy a property owner has a direct claim against an insurance company if a specified title risk causes a loss regardless of the source of the loss. An insured owner who suffers a loss or is subject to a claim does not have to prove negligence by its former lawyer, but has the right to make a claim against the insurance company.

Title insurance has two important components, the first is an indemnity contract whereby the insured has the right to be indemnified against loss; and secondly, the insurance company assumes a duty to defend so that if a third party threatens the insured’s title or use to the property, the insurer will pick-up the legal defence costs and related expenses, which can be quite significant.

As well, a solicitor’s opinion on title is only in effect as of the date of closing, so that if a problem develops later an owner has no protection.  Most title insurance policies provide for continuing protection of a specified nature as long as the owner owns the property.  One example that has been in the news lately has been the increasing incidence of title fraud and mortgage fraud whereby criminals basically steal an owner’s identity and use that identity to take title to or put a fraudulent mortgage on a property.  This type of loss is something that only a title insurance company would be able to provide protection against.  In fact, you can buy title insurance at any time to obtain this protection.

Title insurance is also available to solve specific problems. Often if a lawyer discovers a potential problem with a property, title insurance can help the parties close a transaction. For instance if the location of a deck does not conform to municipal by-laws, a title insurer will insure over the cost of relocating the deck if the City orders the change at some point.

Another reason why title insurance is an attractive option, especially in residential deals, is that the premiums are relatively low. By choosing the route of obtaining title insurance, the lawyer acting for the purchaser is not required to do a number of the searches which would ordinarily be performed as the title insurer will insure over the risk of those potential problems.  This can result in a substantial saving to the purchaser.  As well, the Law Society, in non-title insured transactions, charges a $50 surcharge which is waived if the transaction is title insured.  The net effect of choosing title insurance usually results in a purchaser saving money.  So the obvious question is why not title insure every transaction?

Why Not Title Insure

As indicated, because the theory behind title insurance is risk management by the insurance company rather than thorough investigation by the purchaser’s lawyer, the result can be that certain issues may exist which do not come to light.  For example, a standard title insurance policy will insure over any encroachments or by-law infractions which may be shown on an up-to-date survey of the property and therefore logically most purchasers will not go through the expense of ordering a new survey for the property. A new survey can cost $1,500 and up, whereas a title insurance policy is obtainable for approximately $250. As a result, a problem which may have come to light if the survey was obtained will now be left unaddressed and will only come into play if the purchaser actually suffers a loss or some other claim as a result of the existence of the problem.

Other factors that would get hidden, would be the lack of a proper inspection by the City of any construction on the property or the existence of work orders as a result of a violation of by-laws or building codes. A person buying a house may have more comfort in having these due diligence enquiries made and knowing, to the best of the lawyer’s ability, that there are no issues, rather than relying upon a claim against an insurance company. The other obvious risk is that the insurance company may deny a claim for a number of reasons, such as, the failure of the insured in following the necessary claim procedure, knowledge prior to closing of the existence of a problem which is not disclosed to the insurer or the lawyer failing to follow the necessary application procedure before the insurance policy was placed. As well, although the insurance companies which place title insurance are generally large, there is a possibility that the insurance company could fail and that the policy holders would be left holding the bag.

Another consideration is that insurance is limited to the value of the property at the time of closing. If the purchaser is buying t renovate or build new, the money put into the property after closing will not be covered

How Title Insurance Policies are Placed

Title insurance in residential real estate has become popular in Ontario partly as a reaction to the number of negligence claims against lawyers which skyrocketed in the 1990s. As a result, the Law Society has been promoting title insurance as a fiscally better way to deal with the risks inherent in property matters, rather than paying out millions of dollars in errors and omissions claims from lawyer’s negligence insurance. The Law Society passed an amendment to its Rules of Professional Conduct in 2000 requiring lawyers to advise clients of the options available to protect the client’s interests (that means, in effect, imposing a duty to tell them about title insurance). It also made a lawyer responsible for being knowledgeable about title insurance and to discuss the advantages, conditions and limitations of the various options with a client. The lawyer, therefore becomes the intermediary between the client and the insurance company. If the client elects to proceed to obtain a title insurance policy, the lawyer will generally act for both the client and the insurance company in ensuring that the title insurance policy is put into effect. Currently, there are five companies offering title insurance in Ontario including the Law Society, which offers its own policies.

In conclusion, I have summarized some of the advantages and disadvantages of obtaining title insurance when buying a property. This article briefly describes what title insurance is about. Title insurance is available for both residential and commercial properties, however, when one is dealing with a commercial policy the variables and policy conditions are much more complex and involved. Most house transactions are being title insured, both for the cost saving, the broadness of the coverage and as the public is generally more comfortable with insurance than the intricacies of negligence litigation against a professional.

For further information, please contact John Singer by phone at (416) 364-4400 or by email at jsinger@businesslawyers.com. 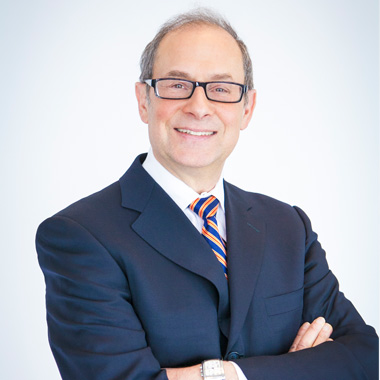 The Implementation of HST on New Housing

What is a Limited Partnership?